Lazies, Let’s talk buttons. I love buttons and it can be difficult to find the right button with the perfect personality for your special project. I auditioned at least a dozen contenders for the flap closure of the Veronica Pocketbook design. There is a link later in the post for a photo gallery of the button auditions. 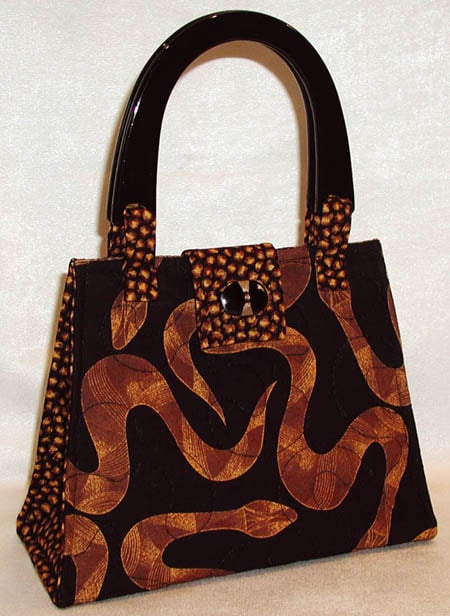 After making Veronica, I was off to go button shopping. But first, I scrounged around my sewing room looking for anything that might fit the bill to embellish the flap. From fibers to beads and buttons. Nothing had that ‘wow’ factor needed for such a prominent embellishment.

The right button can make the most of your creation.

So, I was off to the store, naked bag in hand, and I shopped the button aisles. I gathered anything and everything in these color families. I’ve found it really is best to bring the whole project with me. Fabric swatches are nice, but there is no substitute for working with the actual project. The contenders! Buttons waiting for fame and prominence.

I did a cursory audition at the store by placing the button card on my project. While I found some good prospects at the store, I didn’t make a final decision there. I brought home the best of the best and played some more.

Use Your Camera To Help Pick Buttons

I allow the camera to make the final decision for me. Taking a photo compresses the design into two dimensions and eliminates some variable that I just can’t see with my own eyes. I did a quick photo shoot of each choice. Here’s the winner.

I decided on the black oval button. But it needed a little zing so I wrapped the button with some rich brown rayon woven embroidery floss. It was just the complementary touch needed to tie this look together.

The Veronica Pocketbook pattern LGD119 was my first full-color set of instructions with color photographs. I know, that tidbit of information is too exciting for words. But it was a huge leap forward for me. Each part of the project is color-coded, so you can follow the parts of the project each step of the way. Very Lazy.

Veronica uses 4 fat quarters of fabric, a bit of fleece, a pair of handles and a flap decoration to get the job done.

Subscribe to receive emails for my blog and newsletters about new patterns and project ideas.

Button Hunt – Finding The Right One

4 comments on “Veronica Pocketbook: Four Fabrics and the Perfect Button” 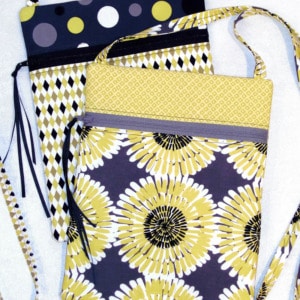