This block uses an ‘A’ and ‘B’ piece, as cut with the Lazy Angle ruler.

Watch a demonstration of the Lazy Angle ruler.

When pieced, a Lazy Angle block has a seam that runs from a corner (bottom arrow) to the center of a side (top arrow) when finished or sewn in place in a quilt. The dotted line on the block to the right shows the seam allowance or the stitching line. When a block is sewn into place, the Lazy Angle seam ends exactly at the corner and the center of a side.

See where that Lazy Angle seam line exits just near the bottom right corner at the block edge? That weird exit point is the reason for the Lazy Angle ruler.

Place the Lazy Angle ruler on the strip (below), matching the 4 1/2″ mark to the cut edges of the strip. Cut along the angled edge. You just created a 4 1/2″ ‘A’. Now the strip has an angled edge.

Some tools require you to re-square the edge, losing a bit of fabric. The Lazy Angle ruler works with this cut edge so you don’t waste precious fabric. Just rotate the ruler (below), match the markings to the cut edge and cut along the squared edge of the ruler. You just created another 4 1/2″ ‘A’ piece.

The ruler is designed so that you can cut either shape from the cutting edges. So, if you only need ‘A’ pieces from one fabric, you don’t have to cut a ‘B’ to get back to the next ‘A’ cut. You won’t waste any fabric from cut to cut. You can cut any combination of ‘A’ and ‘B’ pieces you want.

Angles scare me – what about piecing?
I know, they scare me a bit, too. They don’t line up all nice and pretty like other pieces. There is usually a dreaded ‘dog ear’ involved – the little corner point sticking out when piecing. I call these points a ‘bow tie’. Let’s talk about those bow ties – I like them. I keep them. I use them to my benefit. Some tools or techniques would have you cut those points off to create a blunt edge for matching during piecing. I feel quite strongly that an additional cut (to remove the end of a perfectly good and accurately cut piece) opens the door for problems.

Every time you cut you risk the chance of getting it wrong. I know that might sound like a dreadful perspective, but why would you needlessly add opportunities for errors with more cuts? Which would you prefer? A usable piece made from one cut or two? Hmmm. That’s a toughie.

Cutting corners, both literally and figuratively, is risky behavior in my humble opinion. I know that when I cut pieces using the Lazy Angle, the integrity of the piece is 100%. The pieces are good and I’m ready to sew. Why would I make another cut, removing a corner, which opens up the opportunity for a miscut, thus ruining a good piece?

What else can you do?
You can sew two ‘B’ pieces together for a half triangle rectangle.

You can cut an ‘A’ or ‘B’ from something other than a strip. For instance, make a block (Lazy Angle, four-patch, nine-patch) then use the ruler to cut an ‘A’, then sew another ‘B’ to it. All of our products can be purchased online or through local quilt shops.

Quilt patterns that use our Lazy Angle ruler.

Watch a demonstration of the Lazy Angle ruler. Best viewed with a high-speed internet connection. 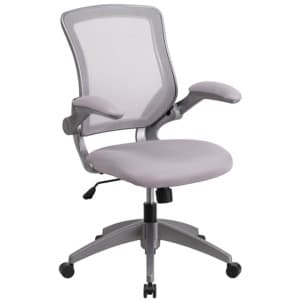